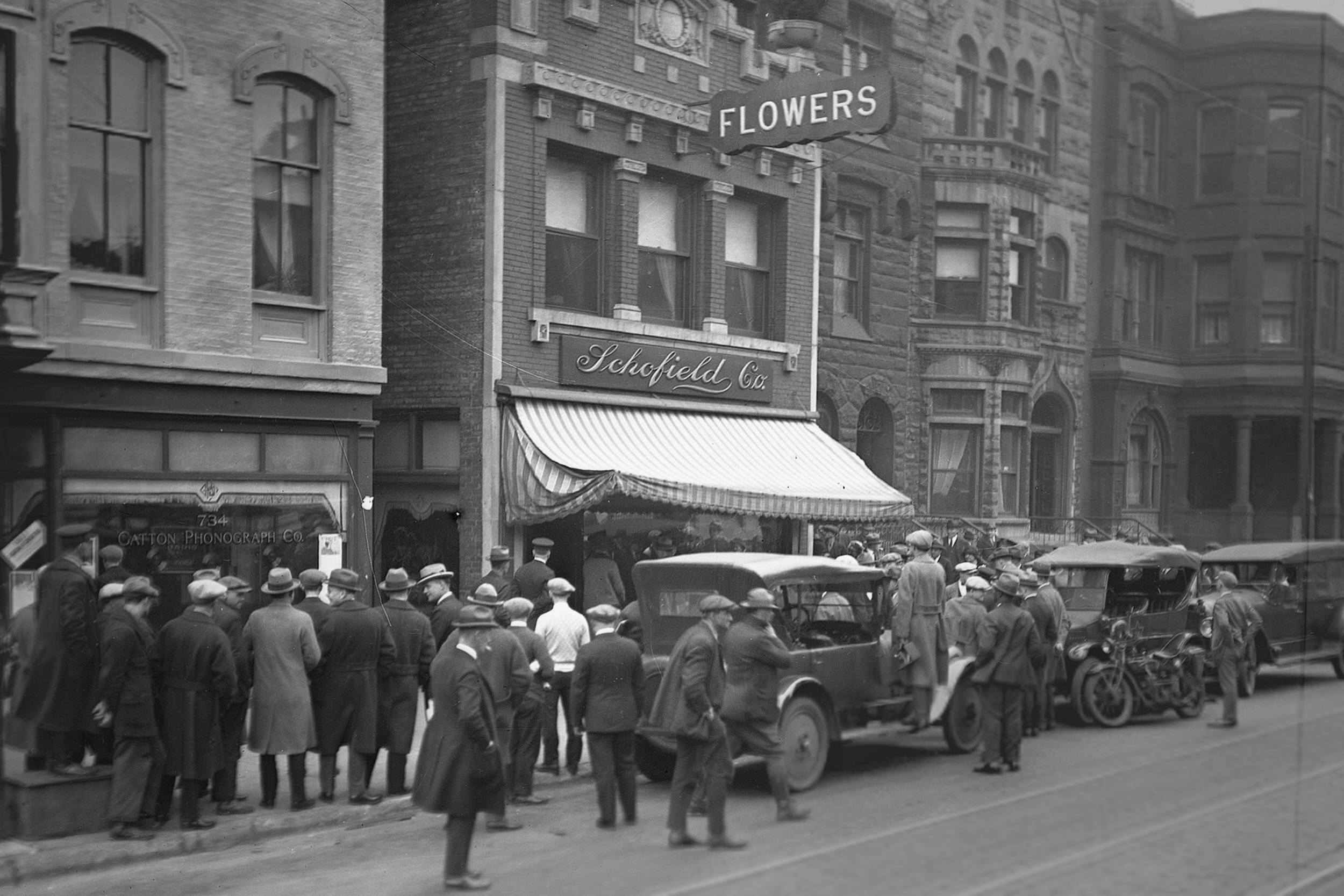 Schofield’s Flowers Shop was opened in Chicago in 1896 by my grandfather, “Big Bill” Schofield. Twenty-six years later, Dion O’Banion, leader of the notorious North Side Gang became his partner. The shop played a central role in O’Banions murder, a hit ordered by rival Al Capone, as depicted on HBO’s “Boardwalk Empire.” I grew up working in the shop, catering to customers like Frank Sinatra, Dean Martin and Gangster Sam Giancana, and I was always sure to wear a pocketed shirt delivering Giancana his flowers so he'd have a spot to slip me a C-Note.

One hundred and twenty-six years later, the flower shop might be closed, but the spirt of focus on perfection that made it a Chicago legend flowers on as my Brand and Creative Services company. From branded advertising to immersive experiences, we are always pushing the boundaries to farther reaches. Our superpower is storytelling and I know Schofield’s Flowers will make brands bloom for at least 126 years more. 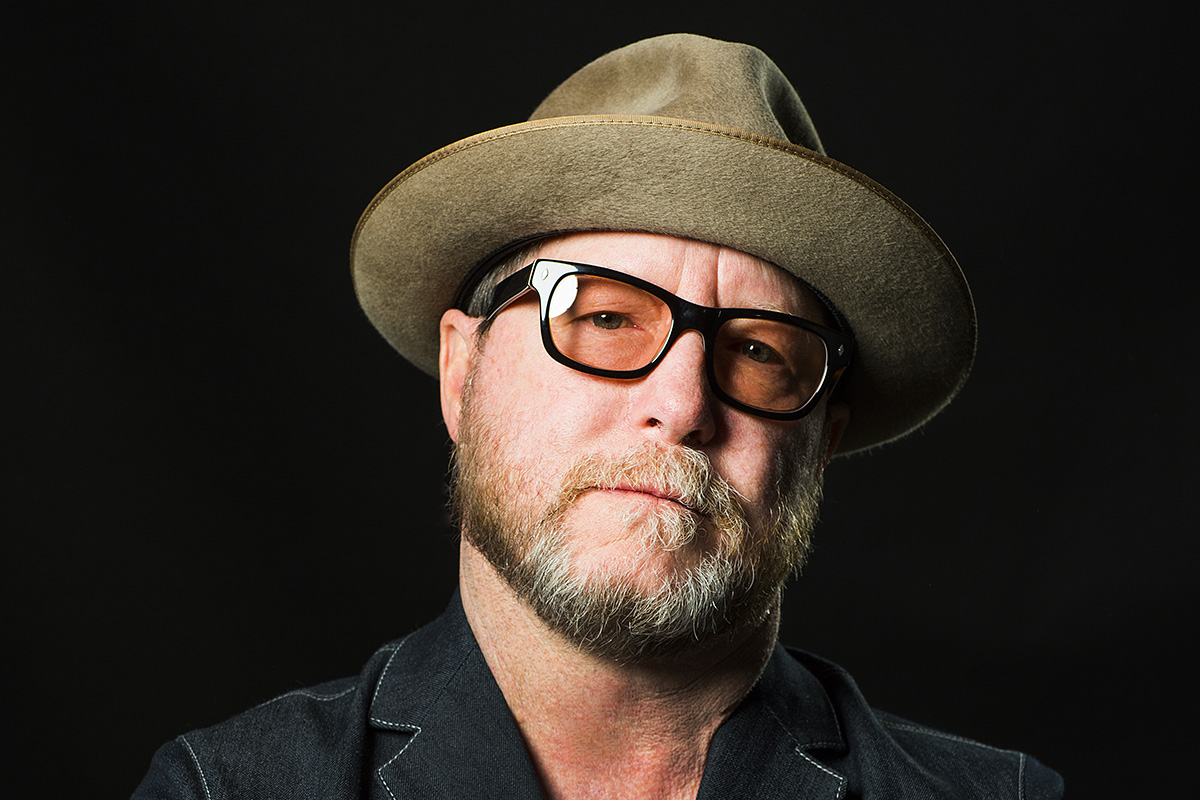 Steve has over 30 years of experience creating legendary content in the advertising and entertainment worlds, working with the best writers, directors, artists, and doers in both industries. Jumping early into the Web3 Metaverse, Steve gave the real and virtual world its 1st LIVE NFT Art gallery in NYC before transforming font Helvetica into an activated NFT in Times Square. Steve is most known for his branding for commercial and television clients. He worked in live-action and visual effects for the award-winning BMW Films Series, Mini Cooper, HP “Picture Book,” Chevy, Ford, and Subaru, and David E. Kelley’s branded advertising campaign. Currently, he creates and designs immersive experiences, installations, and pop-ups for Myabetic, Mankind, Halo Top, Xfinity, Mr. Peanut, Amgen, Shagbagg, and Schofield’s
Flowers Social Club. 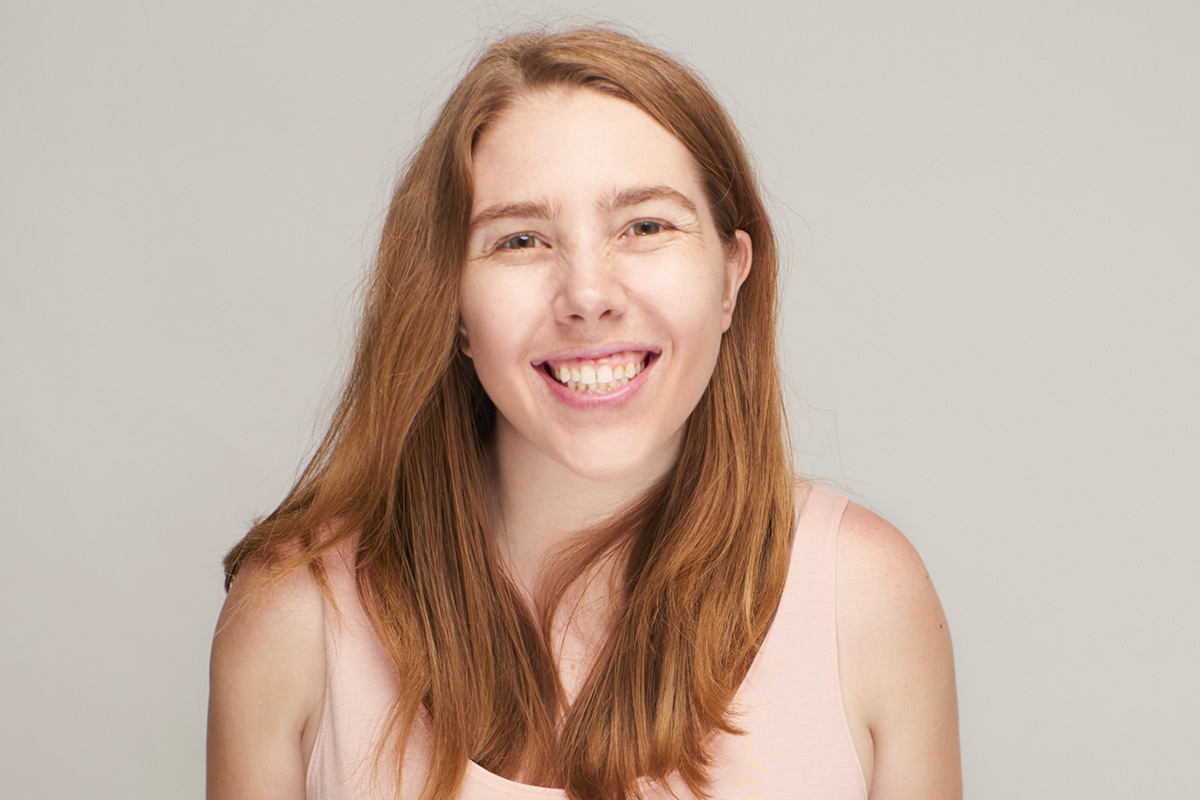 Heather DiPietro is an Exec Producer based in New York with nearly decade of experience in broadcast and digital content production. She’s worked with Google, Netflix, Microsoft, IBM, Macy’s, Ann Taylor, Theraflu, Robitussin, Science Moms, Dremel, Invisalign, Glenlivet, MassMutual, the Museum City of New York, Invesco, Arts Brookfield, the Human Rights Foundation, the American Heart Association, and many more. Her work has been has appeared online, on television, and at film festivals in the U.S. and abroad.

When Heather isn’t producing, she teaches at the Digital Film Academy where she lectures in Production, Web TV Development, and Edit Theory. In addition, she is the Head of Film at the non-profit organization, Clutch whose mission is to create opportunities for emerging female artists in theatre and film. 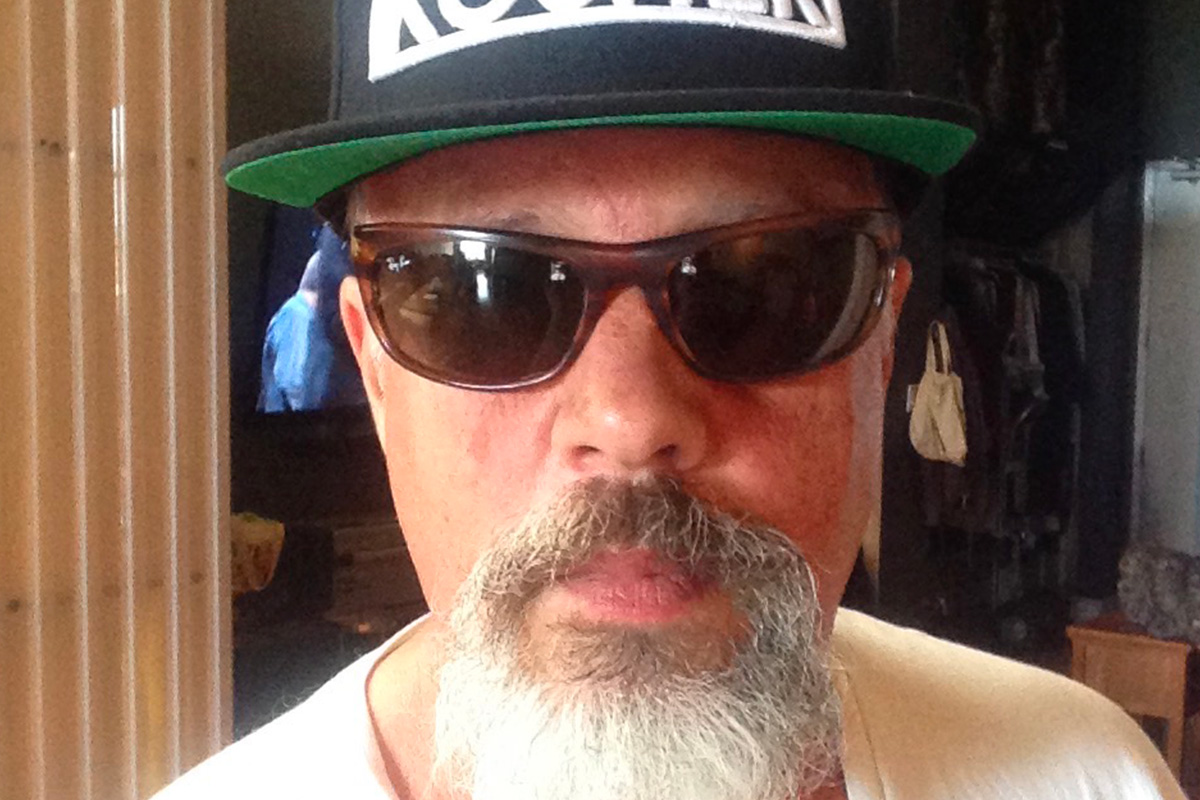 Most recently, “Stu” turned around a failing annual Concours d’Elegance in Palm Desert exceeding all forecasted numbers. He consulted with a growing company to build out a high-end post-production facility staffed with A-list talent, bringing in clients like Loreal and T-Mobile. He also collaborated with the Campbell Mithun Agency to assemble a multi-vendor team for Cadillac’s “ATS vs The World” 3D/Augmented Reality Experience. Experienced in client, agency, production, and post-production capacities, he is a proven leader and team player ready to go on day one. An industry veteran with a passion for innovation, Stu is the consummate choice for building multidisciplinary creative teams that make things happen. A visual storyteller at his core, his expertise spans brand vision, strategic positioning, creative development & delivery.

In the early 90s - the time of Michael Jackson, Billy Ray Cyrus, Babyface, Billy Idol, Prince, Carmen Electra, MADtv, and The Usual Suspects – Stu worked with all of them. It comes as no surprise that Stu loves stories of people finding themselves, developing confidence, and growing. His first employer in LA was Hearst Entertainment doing reality TV development, then came music videos and broadcast commercials where he worked on projects directed by Michael Bay, Spike Jonze, David Fincher, Michel Gondry, Tarsem, Ridley Scott, and legendary cinematographer, Bob Richardson at companies like Ridley Scott & Associates, GMS, Lawrence Bender’s A Band Apart, MJZ, Radical Media, Propaganda and Anonymous Content. It was on the Nissan “Meteor” project with Mikael Salomon, cinematographer on THE ABYSS, that Stu fell in love with visual effects. Those gigs would turn out to be the opportunity of a lifetime and gave Stu a solid foundation to build a career as a filmmaker in his own right.

Stu’s ability to be in the “right place at the right time” naturally brought about Right Brain Media (RBM), launched in 1994, cultivating loyal clients and vendors worldwide, growing to become one of advertising’s leading LA-based commercial production houses for the next 15+ years. RBM’s first commercial was Petco’s Christmas commercial, “Stacking Pets” which was so successful it ran for 12 years. Stu also produced radio spots, starring Ruth Buzzi and Gary Owens from Laugh-In. At its peak, RBM represented 11 directors including George Hickenlooper (Hearts of Darkness, Casino Jack) and James McTeigue (V for Vendetta, Ninja Assassin, and 1st Asst. Director on all Matrix films). RBM enjoyed partnerships with global advertising agencies and their clients such as BBDO, Saatchi, JWT, Chiat-Day, and Digitas, serving a diverse set of brands from Ford, Toyota, Nissan, GM, Coors, Benjamin Moore, PlayStation, ClifBar, Sea-Doo, Mattel, Macy’s, to Dupont and lots of Public Service Announcements along the way. Recognized for embracing ambitious projects while delivering them on time & on budget, Stu’s philosophy revolves around using storytelling, technology, and visual imagery to drive cultural change and influence audiences. His projects have been awarded the Emmy, the Clio, an Addy or two, and a Belding. He has a few TV and feature projects in development. 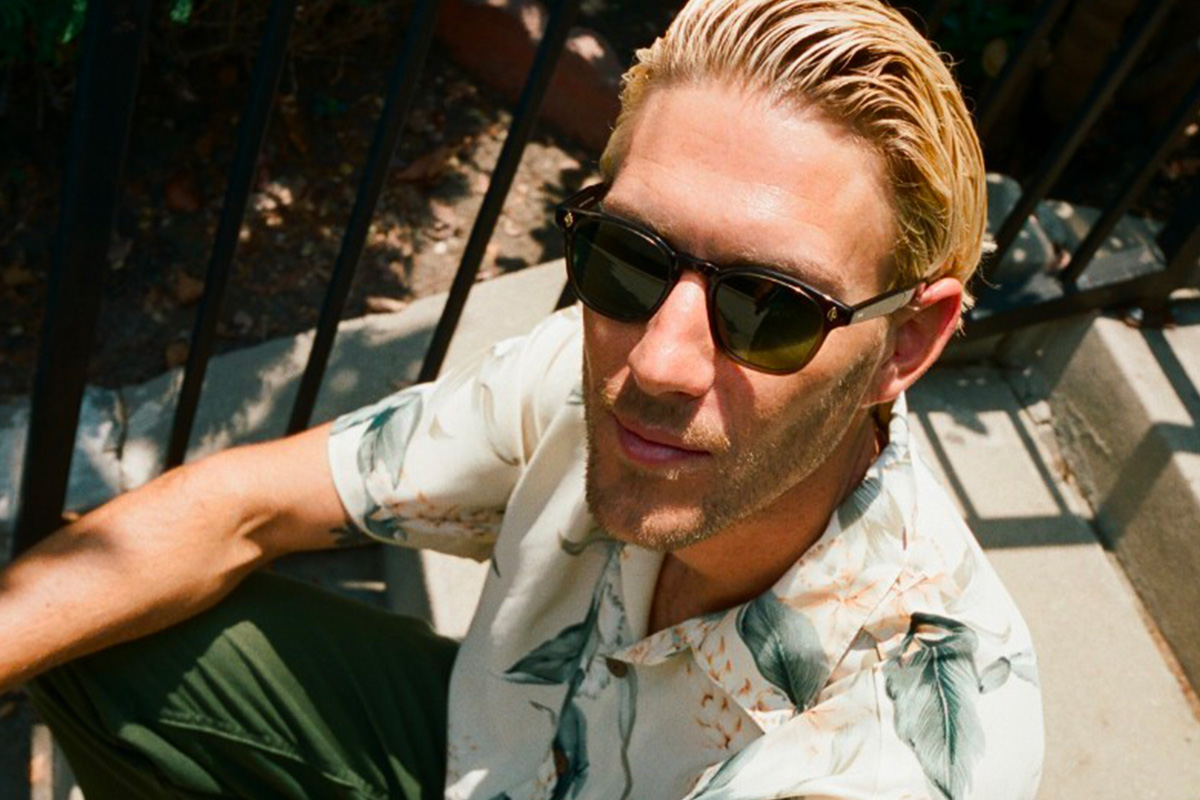 Xavier is a brand builder, connector, and producer. Over the past two decades, he has worked with leading artists, agencies, and brands to develop and execute culture-shifting physical and digital experiences. At the core of his work is an interest in creative expression, a love for great products, and a passion for building community and platforms. A proven leader Xavier brings deep production, business, marketing, experiential, and creative backgrounds into every execution. 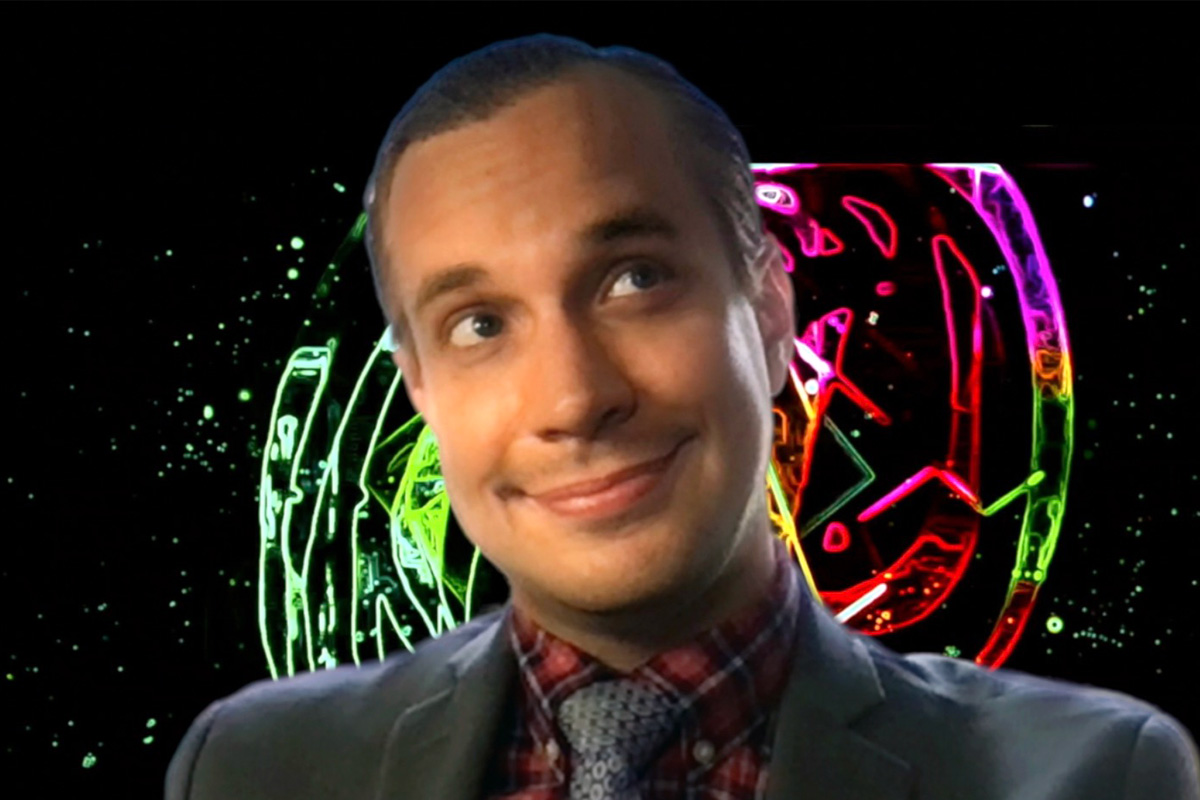 Storyteller Jamie-Lee Wise is a stage director, screenwriter (TV Drama) award-winning playwright, sometimes standup comedian, and media poet. Jamie-Lee founded and ran Theatre companies Shadow & The Wall Productions and The Dramatist Revolutionary Army. He left his ICM Partners Coordinator gig after being recruited by Michael Mann as a writer's assistant, most recently working with Michael on the novel Heat 2, and TV series Tokyo Vice. His play, CARTOGRAFFITI, was published this September. In August he became Steve's entertainment producer at Schofield's Flowers. 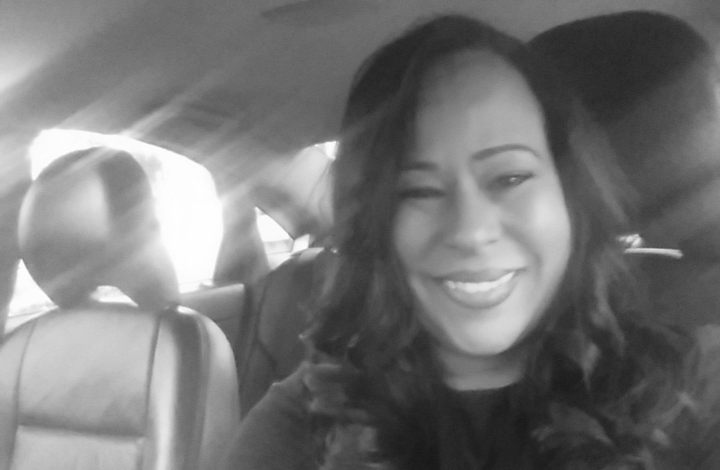 Melissa Johnson is a highly experienced accountant with over 20 years of experience in the field. She has a proven track record of success in financial management and accounting and has excelled in every position, whether in corporate America, working as an independent bookkeeper for the past 15 years, or as a senior staff accountant and a production accountant. Melissa is excited to join the team as Comptroller and looks forward to improving policies and procedures and creating new ones.